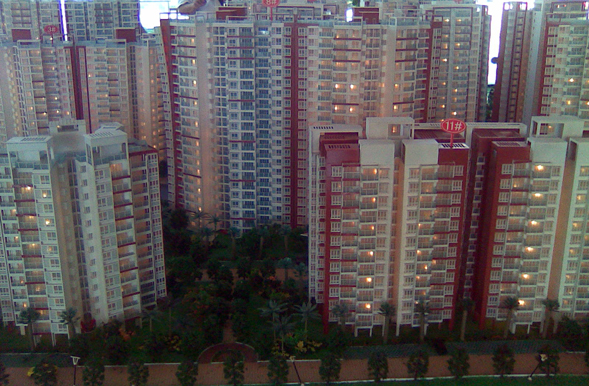 We bought an apartment - large, but bare concrete - and it has remained empty as an investment - but, big news, in 2016 we had it fitted out, so here are the before and after pics!

In China, the old style apartments and houses are bought as plain concrete - no electrical wiring, no plumbing, no flooring etc. It literally is a concrete shell.  This is how we bought our apartment in Horizon New Town Development in Beihai. Situated close to the railway station which is now on the high speed intercity network, this was bought as possibly a retirement home we could share with Shanhong's parents.  They were not interested - and so, since buying it has remained as bare concrete. The following pics are taken in the apartment with views from the apartment. You can see, it literally is a shell!


In December 2016, work began on putting in the plumbing, wiring, tiling floors, plastering walls etc. The following photos were taken over Christmas 2016 during this 'work-in-progress' phase. All the plumbing and wiring is complete, and work has started on flooring (you can see the inside tiles which are throughout the apartment, and the outdoor balcony tiles. Walls have also begun in the bathrooms and kitchen. However, you can see in the last pic, there is still a long, long way to go!


So, we are back in Beihai again (October, 2017) and everything is just about finished! Sinks were going in today - and there is a bit of tidying up to do - but all floors, walls, ceiling, plumbing, electrics is in - and it is looking good!


As you can see, its a nice big place - anyone want to rent a home in China?  Don't forget, this is Beihai with a 25km white sand beach ....  and some of the best barbecued chicken you'll taste anywhere in the world!