Summer 2009 proved to be another busy summer. With the Beijing job not working out as hoped, we accepted positions in Singapore, but my official starting date was to be the 13th July. As I had already booked to finish a course in London, and also a chance to see Mum, we agreed with the new school to start on the 27th July. 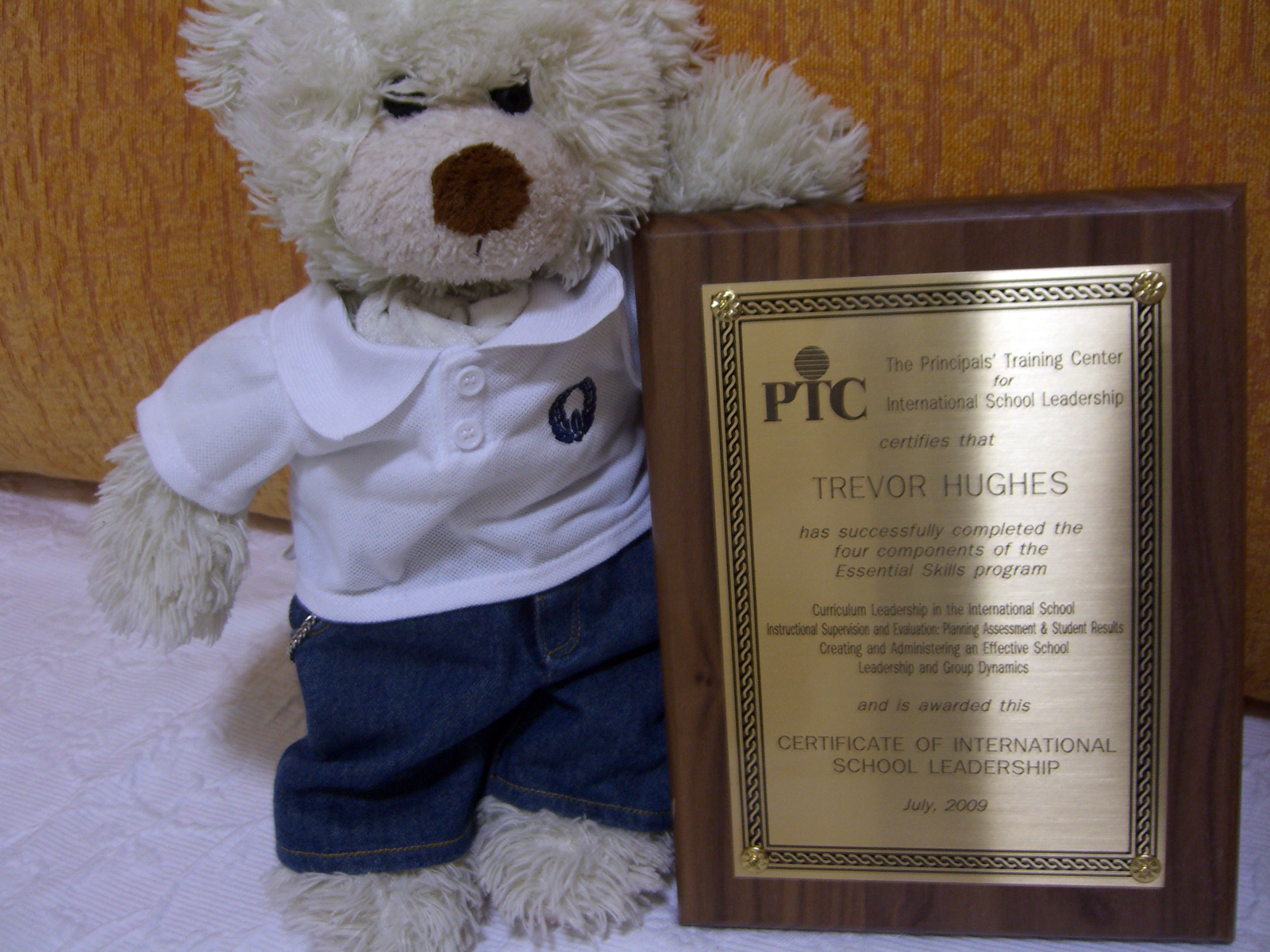 So, the summer began, as last year, with me completing my certification in order to become a school principal. The two courses this year were 'Instructional Supervision - Planning and Assessment' and 'Leadership and Group Dynamics'. Once again, I got to meet Shanhong's new boss, also on the course with me, and also a colleague from Thailand was also on the course. Both courses went well, and I now have a nice plaque! The decision now is whether to attend more courses in the next few years to qualify for the advanced certificate, or to finish there; particularly as my current role has no management responsibility whatsoever!

As last year, Shanhong took the opportunity to see a few shows... I managed to see Oliver, Peter Pan and Sister Act with her, but the rest she saw on her own - getting half price or day tickets each day. She also picked up another free CD when she visited Hillsong church at the Dominion Theatre.

We then went to Shrewsbury to stay with mum - she's still doing well - getting out to visit members of the family, walking to the shop or post box, there are even rumours of her dancing at a church event and testing a bouncy castle. The physiotherapist has said that in another 6 weeks or so she should be walking much more confidently and normally - so we hope for continued improvements. We'll be back at Christmas, so will see how things have moved on by then, but really hope to get mum out to Singapore sometime - it's a place she says she has wanted to visit for some time. 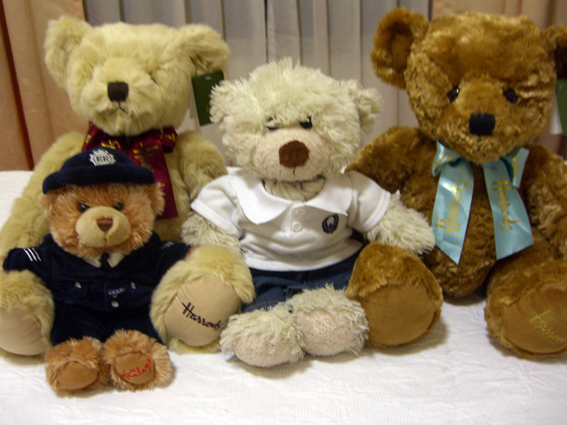 We did a bit of shopping - both in London and in Shrewsbury - nothing very important, but some new clothes, some nice chocolates and an unbelievably cheap coat for Shanhong. Trouble is, with the weather like it is here, I really cannot see us needing coats at all! You can see from the photo on the left that teddy was with us as normal throughout the summer - he got a new top from the Build a Bear Workshop in Covent Garden. He made some new friends too, as Harrods and Hamleys both had sales in the toy department.

We arrived in Singapore late on Wednesday evening, and checked into a hotel for a week. The hotel was in a great central location - but a long way from school. Thursday we met with a housing agent and viewed 11 different apartments. Some we liked, some we didn't! It certainly looked like we were leaning towards the larger apartments - but after weighing up other costs, and distance from school for the daily commute, there were pros and cons to them all. The agent took us to see two further apartments in the evening and we decided to go for one of those. A few negotiations later, it was all signed Monday evening and we checked out of the hotel Tuesday morning and moved in. Our shipping then arrived from China on Saturday, so we've been unpacking, sorting and making this 'home'.

The apartment is quite small, on the eighth floor of one of a pair of towers, just 10 minutes from school, and even less distance from the nearest metro station and shopping mall. The towers have good security, and some good shared facilities including a small gym, sauna, tennis court, barbecue pits and most importantly, a rather nice swimming pool. We've been down for a quick swim every night and hopefully, as well as being enjoyable, it may help with the lack of fitness and excess weight!

The following pictures will give you an idea of what the apartment is like inside. We have two bedrooms, two bathrooms, a small kitchen and a small living/dining room. Not big by any means,(around 750 sq ft or 75 sq m), but fine for us, especially given the location - and we still have a spare room for visitors.. anyone interested?

Just one word of warning for anyone who is thinking of visiting ... you are very welcome, but start saving! Of course we are not going to charge you for staying, but Singapore is proving an expensive place to live. We are finding that typical supermarket prices here are dearer than London - and about 4 or 5 times what they were in Beijing. Having said that, there are plenty of food courts - and prices are reasonable - so we've been eating out a lot - including Indian, Korean, Chinese and 'Fish & Chips' - something for everyone!