At last, a short trip or two means I have something to put in a new report. Christmas 2008 saw us back in the UK for a short visit. It was in some ways difficult, the first Christmas without Pappy (dad) and with Maw (mum) not back to full health, but it was also good to be home. We may not have had quite the level of decoration of previous years, but we got the tree up, and presents were more than plentiful! Even teddy did well! Anyone reading these reports should know who ‘teddy’ is by now! The two brown bears, ‘George’ and ‘Clare’ belong to my lovely mum, seen wearing her dressing gown!

I must just include a wedding pic or two… you may remember that in the summer we were back for the wedding of my eldest nephew. Well, just before we got back, my eldest niece also tied the knot. That’s not the end either – my next nephew got engaged, so there is another wedding to come!

We were back in Beijing for New Year, although arriving after long flights from the UK and a 10 hour stopover in a German airport, we were in no mood for going out to celebrate – it was a case of going to bed!

Shanhong had her birthday on the 17th. We didn’t do anything too exciting – but I did find a nice cake and a new set of DVDs to watch! There were actually two sets of DVDs, but the other was one of my own favourites, that we are still watching now. This is our lazy lifestyle now, a good TV series or two on DVD, so we can watch a whole years worth of a show, in just a week or two! Recent watching include ‘Lost’ season 4, ‘Grey’s Anatomy’ seasons 1 – 4, ‘Army Wives’ seasons 1 and 2, and now we are on ‘Boston Legal’ season 4 – and we are now on season 5. If you have any recommendations of good shows, let us know. Fortunately DVD’s are cheap here, and Shanhong has also managed to find a few websites where new seasons are streamed. All I need to do now, is work out where I can find some good Sangria to go with the TV, I can’t find any in the shops here!

For Chinese New Year we went back to our home in Beihai. Unfortunately Shanhong was quite ill for the first couple of days – but she recovered in time to spend some good days with her family. For the first time in a long time, the whole family were together for Chinese New Year – so now is your chance to meet everyone! 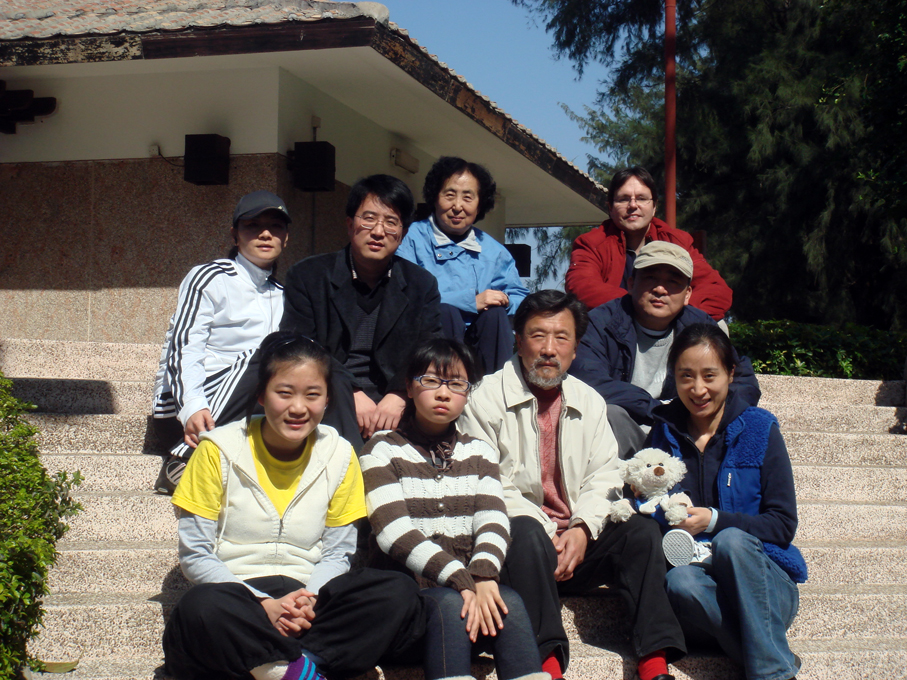 Not a lot of other news, we did go to one concert, the Christian band ‘Delirious’ were playing one night in Beijing, so of course we had to be there! We took a couple of Shanhong’s friends from work – but I have no idea what they really made of it! We are now both back at work, Shanhong in ‘production mode’ as she gets everyone ready for a Robin Hood musical, and myself desperate to find some clients for ponsvista! We did have an enquiry from a school in Australia today though, so you never know, maybe things will begin to look a bit better in the near future!

Next holiday is a week in April – no plans as yet. Then, the summer, and we’ll be back in London. I am finishing the course I started last summer, and Shanhong will be seeing all of the productions that she hasn’t yet seen (plus a few favourites that she’ll want to see again!)

Take care and keep in touch, love from us all….